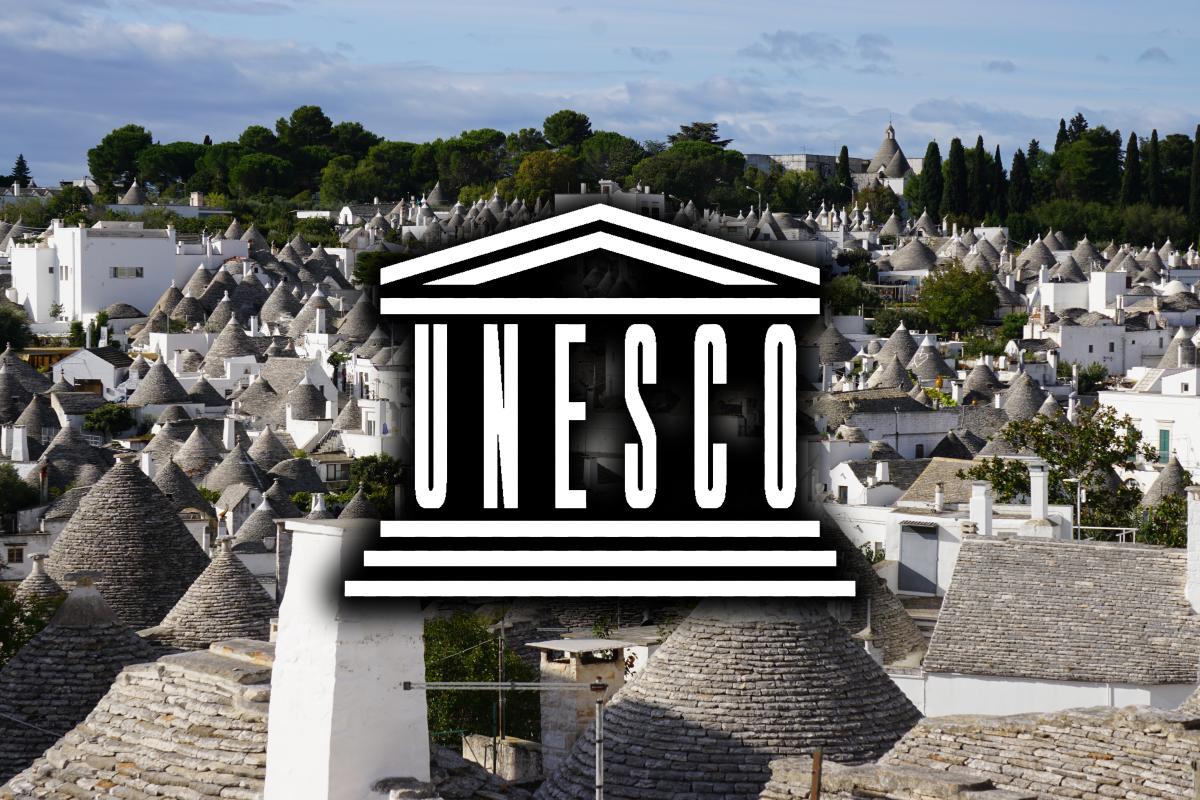 The city of Alberobello is famously known as the capital of the trulli, the characteristic stone buildings with a conical roof that never like others, represent in the imagination, the entire Puglia region. The trullo architecture can be found widely scattered in Puglia throughout the hilly Murgia that goes from Andria to Grottaglie. It was born as a basic building for agricultural needs, the trulli were in fact used as temporary shelters, deposits, stables, and as the technique was refined, as homes. Over the centuries in the countryside, some residential areas have expanded considerably, forming small villages formed by trulli, and with common appurtenances such as water tanks, ovens, and oil mills. In Alberobello, during the eighteenth and especially the nineteenth century, these villages, called "courts" gradually became a single inhabited center entirely built with trulli. Of this transitory phase, today numerous testimonies survive in the countryside of Locorotondo and Cisternino, where they take the name of districts and are composed precisely, as for the Alberobello courts, of a common space surrounded by a small village of dozens of cones.

The uniqueness of the stratified landscape in Alberobello meant that this fairytale setting was first recognized as a National Monument (1910) and later a UNESCO World Heritage Site (1996). Precisely on 7 December 1996 in Merida, Mexico, Alberobello was included in the list of world heritage sites.

UNESCO (United Nations Organization for Education, Science and Culture) in particular, has recognized in the trulli and in Alberobello: "an exceptional example of vernacular architecture. It is one of the best preserved and most homogeneous urban areas of this type in Europe. Its special feature and the fact that the houses are still occupied make it unique. It represents a remarkable example of prehistoric building technique that survived in a nation that is recognized as one of the most important regions in the world for its exceptional architecture and urban planning ".

Today there are five areas falling under the UNESCO recognition, not the whole city therefore falls, some landscape changes typical of the 60s and 70s, have damaged some districts with their original beauty. Today the Rione Monti, in the southern part of the city and the Rione Aia Piccola, in the south-eastern area of ​​Alberobello are included in the recognition. The first district is the vast one, with about a thousand cones, and is purely commercial, its alleys are notoriously frequented by many tourists who like to visit the numerous craft and souvenir shops. The Aia piccola district, on the other hand, is totally inhabited, there are about 400 cones and here it is forbidden to open commercial activities. Therefore you can breathe the city atmosphere of yesteryear. Three other places included in the recognition are: the House-Museum of the Trullo Sovrano (the only two-storey trullo), Casa D'Amore (the first town hall) and the museum complex of Casa Pezzolla.

The origins of the trulli are still shrouded in mystery today, today the oldest trulli are presumably attributable to the sixteenth century, certainly, there is that they were born as spontaneous architecture for the use of an abundant resource in this area, the limestone , Puglia is a karst region and in particular, the Murgia of Bari has the particular type of stones necessary for the construction of both the body of the trullo and the covering of the cone (the so-called chiancarelle).

2021 marks the twenty-five years since the UNESCO recognition, an event that has forever marked the development of the city and thanks to which, never before has it stopped attracting hundreds of thousands of visitors every year. 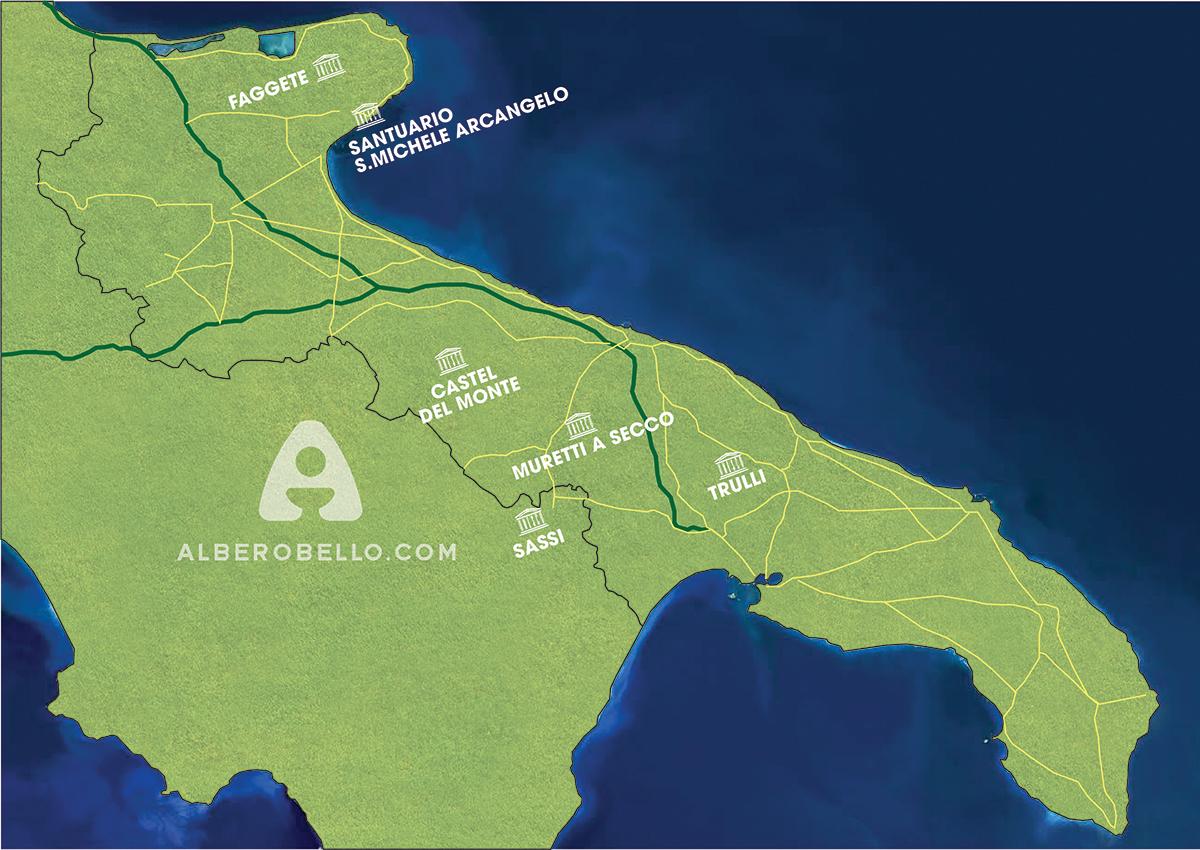