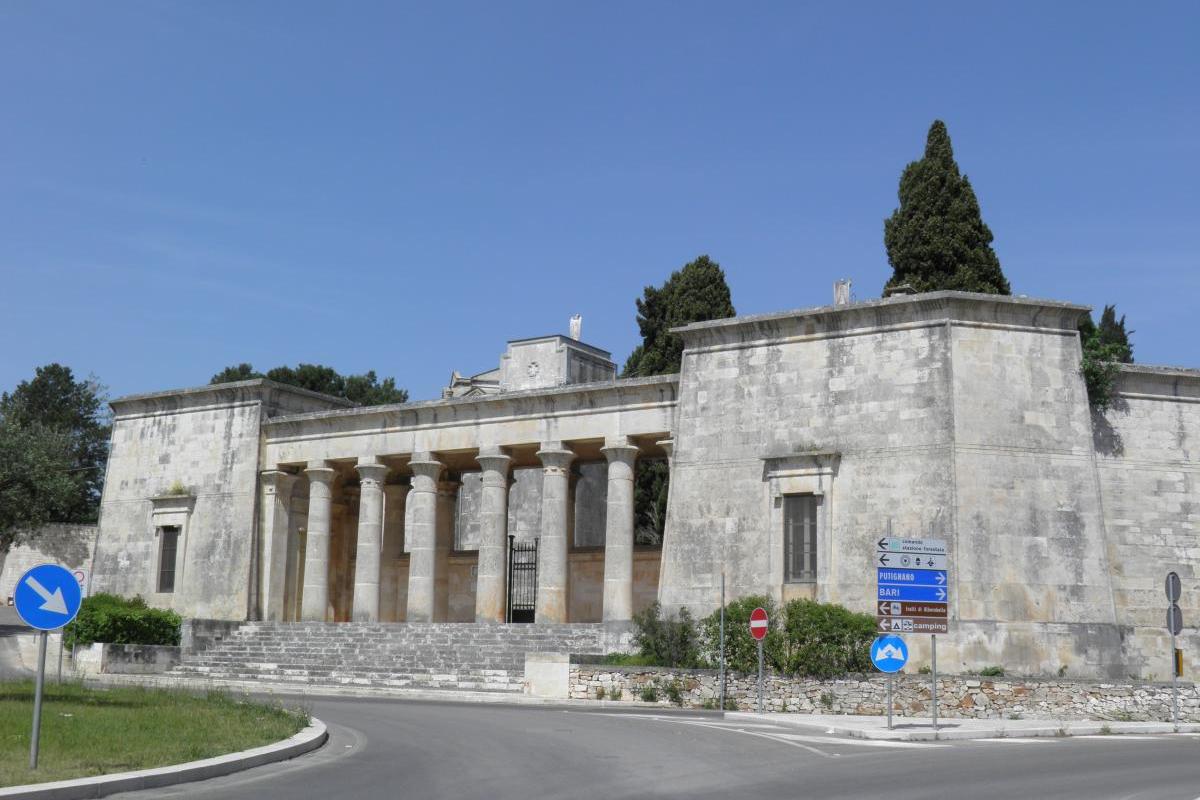 Built in 1887, is one of the most interesting projects of the architect Curri in Alberobello. What you see is actually just the front of the original project, which in its entirety was of monumental proportions. Foreseeing to affect the whole north-eastern hill of Alberobello, behind the route 172. As part of a series of projects assigned to Curri in that period (Church of the Medic Saints the urbanistic plan and the cemetery), it was not possible to finish it due to lack of funds. What has been achieved is, however, of considerable architectural interest. Inspired by the archaeological discoveries of ancient Egypt, the vestibule consists of 12 columns with capitals of lotus flowers. All the outer walls, seen from the east, looks like a citadel of ancient Egypt, with defensive towers (chapels) and tombs and cypresses that stand up from the inside.