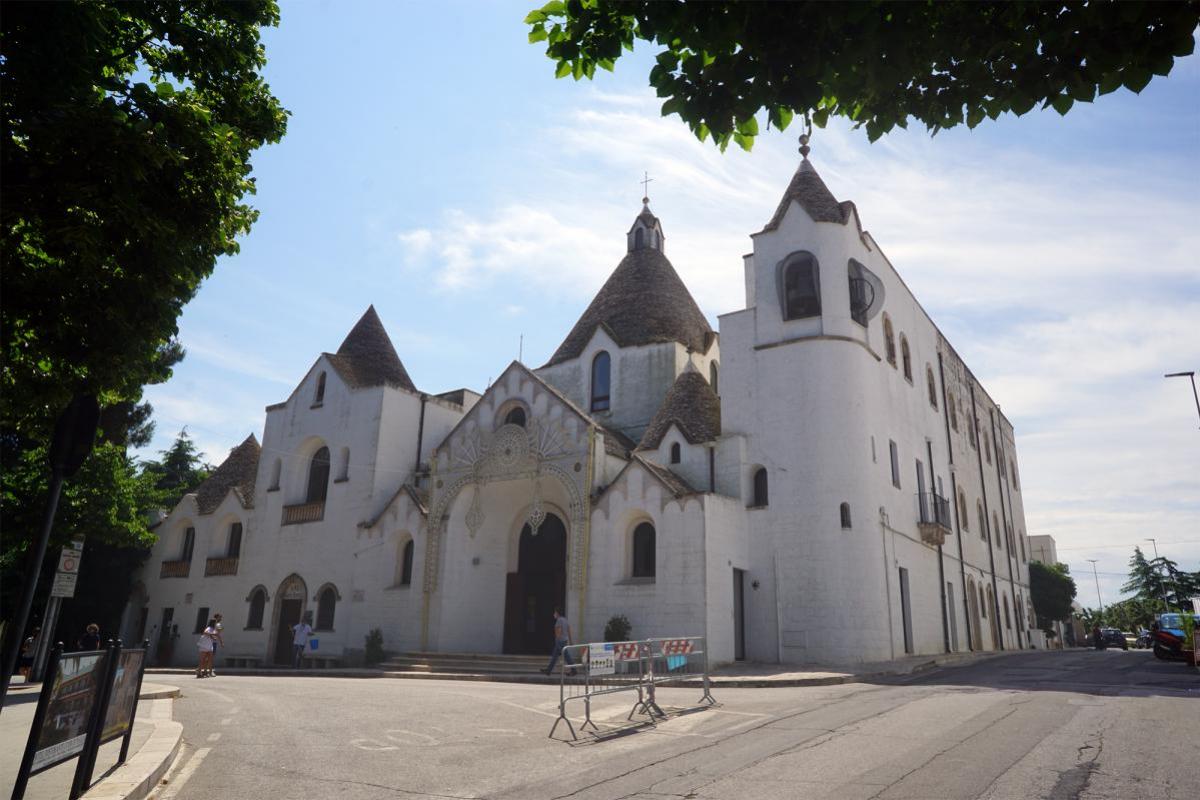 St. Antony's Church is a greek cross shaped church built on the toponym of "Rione Monti's" district, unique of his kind because it's entirely made by trulli. The construction is recent, it was built in 1927. The contrast between the newest and "improved" northern side of the city and the "poorer" southern side, entirely made of trulli, was once really strong. To avoid the "discomfort" of the southern citizens to follow the Mass into a distant and "bourgeois" church, the local parish took the initiative to build a new church for the poor district of the town. In fact, in that district, since the declaration of the area as National Monument in 1910, it was forbidden to build different kind of buildings in exception of trulli, so it was considered ad the poor neighborhood of the town. During the years between II World War and the '80's, it was radicated the common idea of the trullo as a symbol of poverty and backwardness. This idea led up to destroy of hundreds of trulli located outside the protected areas, to be replaced be "modern" buildings. Entire blocks around the St. Medics church end in the north-eastern side of the town, once entirely made of trulli, today do not exist anymore.