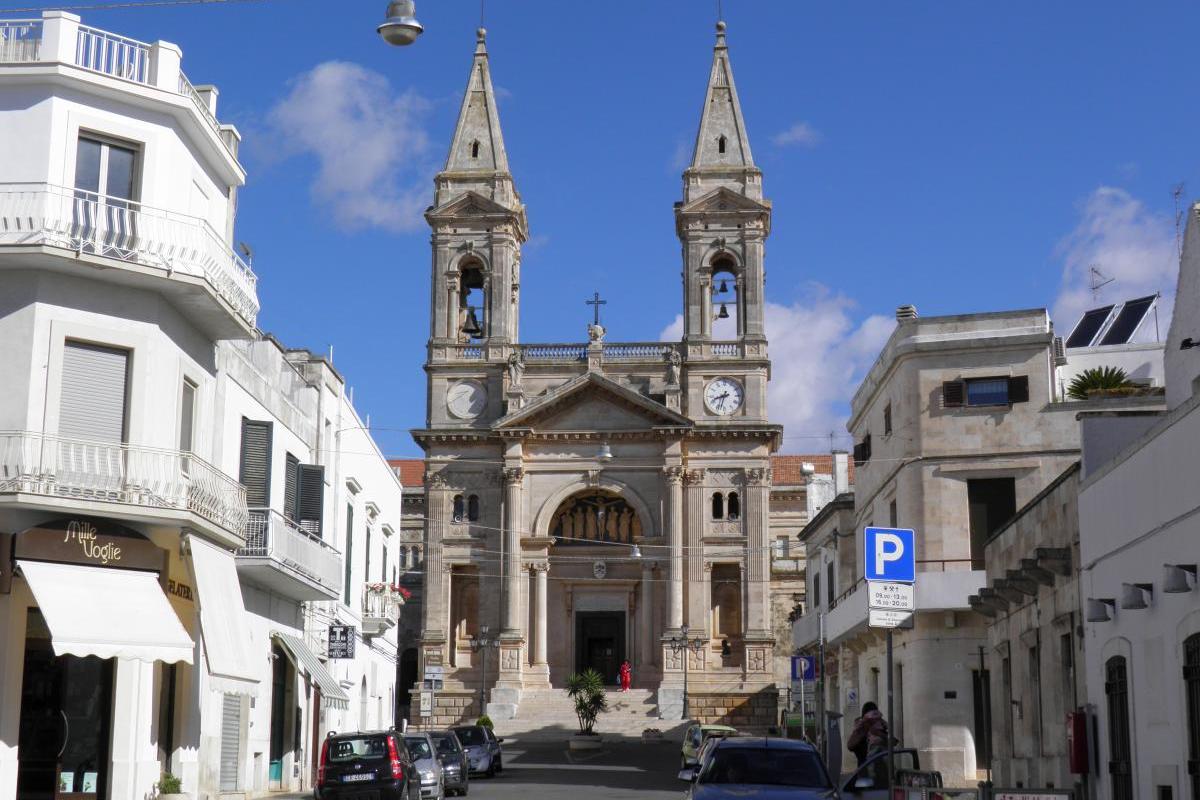 Unmistakable elements of the city's skyline are the two bell towers of the Saints Cosma & Damian's church. The monument, one of most important of the city, lays on the northern side of the hystorical center. The present structure of the church date back to 1885, a work of the most notorious architect of Alberobello, Antonio Curri. The church is linked to the Saint's ritual, in fact inside you can find the two wooden statues (1782 and 1784) and the reliquary containing some bones fragments of the Saints. The project by architect Antonio Curri, was led across the years until was finished only in 1914. The only unfinished element of the project was the majestic dome at the centre of the latin cross shape. During the 26th and the 27th of September occurs the celebration of the Saint's city holiday, that summons a crowd of pilgrims from the nearby towns, and as tradition claims, they travel the entire route by foot.