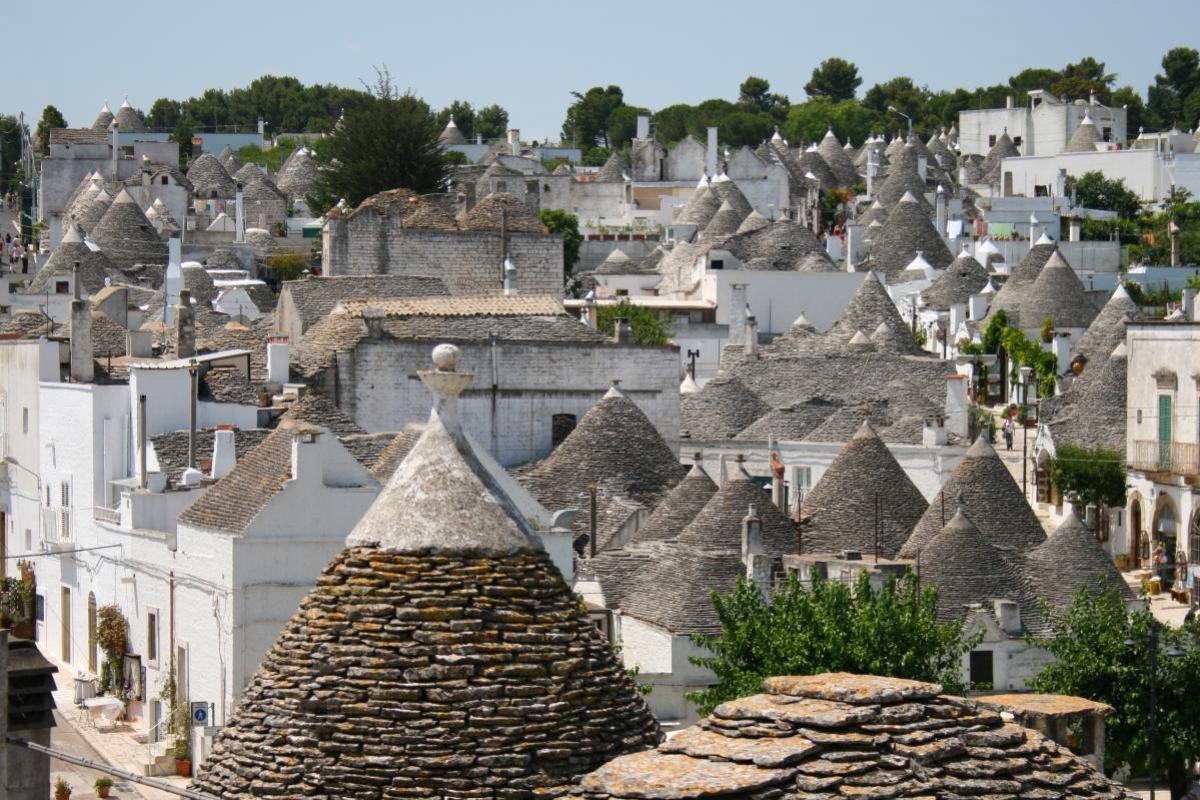 The district made of trulli that lays in southern side of the town, the so called "Rione Monti", collects the largest part of the conical roofs and it's the most characteristical outloook of the city. Already recognized as national monument since the Twenties, togheter with the so called "Aia piccola" quarter, are the parts of the city that have been declared Human heritage by UNESCO. Nowadays the lanes of this district are less resided and used for commercial purpose, mostly for touristic shops, so that they create an interesting and lively bazar. The district is visited every year by thousands of visitors.