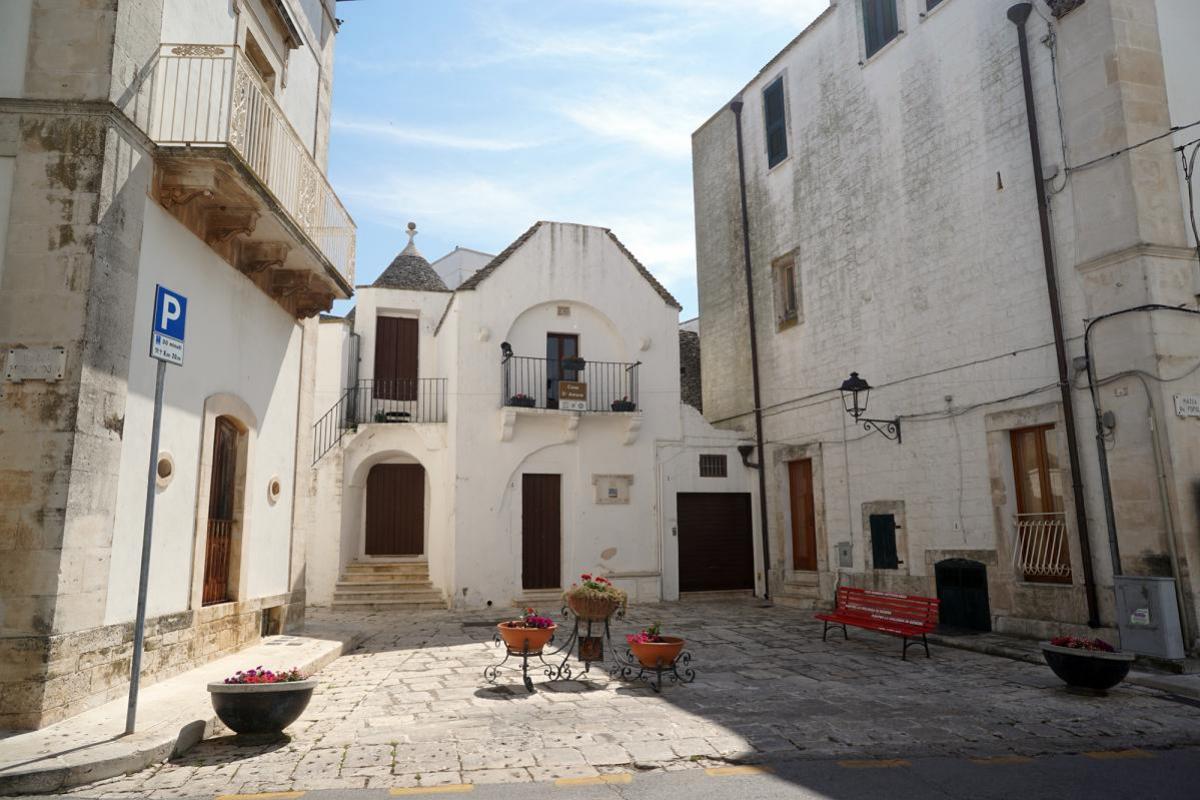 Before the official recognition of the city in 1797 by King Ferdinand IV of Naples, it was forbidden by the local Counts to build stable buildings. They shold be built only by dry stone. D'amore's house signs clearly the passage from a "unlawful" town to a royal one. As the latin inscription on his walls says: "First building erected from royal authority". Francesco D'Amore, the owner of this house, was the first citizen to build his house with mortar in the town of Alberobello, after this buildings and trulli were built with the so called "malta" a mixture of lime and a red local ground called "vuolo". In many of the ancient buildings of Alberobello you can still see this particular cement between the stones.