There is an air of celebration on 27 and 28 September in * Alberobello . It is the day of the Santi Medici Cosma e Damiano , patrons of the city of trulli.

In 2020, however, the patronal feast of Alberobello will take place, due to the COVID-19 pandemic, in a much more sober form. All civil events and a good part of religious ones have been canceled. Only the liturgical celebrations, the lights and the musical bands remain this year.

A partially ruined party, which brings to mind another black year for the patronal feast of Alberobello: 1781 .

In that year the band of the Castellanese brigand Nicola Spinosa, known as Scannacornacchia , came to the village to enjoy the party, at the expense of the tranquility of all the peaceful inhabitants and pilgrims.

Active from 1776 to 1782, Scannacornacchia had a good time for so long thanks to the tacit consent of Conte di Conversano Giulio Antonio IV , who often used the gang of criminals for his own purposes. On the strength of this protection, the gang, made up of a dozen elements, dominated the countryside and villages of the Murgia dei trulli .

In an excerpt from a testimony by the Nocese historian Pietro Gioia, it can be seen that in the eighteenth century there was the custom of celebrating in private homes, putting on the so-called "dances". Until the advent of the SIAE restrictions in the eighties, it was common practice to organize private parties very often with many people in country homes. In these evenings - tell the elders - the musicians for the dances were particularly in demand.

And here is that on September 27, 1781, in a Nocese country villa owned by Cosmo Petruzzi, the largest feast in honor of the patron saints is held. At a certain point, unwelcome guests enter the scene. Thus quotes Pietro Gioia:

"Nor do I want to neglect what they committed the same year to the feast of San Cosmo in Alberobello. Where, according to the custom of spending the day in games and dances, they too took part in the feast. house of Cosmo Petruzzi, and many civil families from neighboring villages and also the governor of Noci Fabio Dattilo, to whom that villa was subjected.

The appearance of the robbers induced silence, the faces became covered with pallor, and the governor disappeared. In the meantime they became dance masters and danced. Then spotted a charming damsel from the Monopoli mess, they fired the brigade, making that sign to stay.

The honest mother, who soon understood the turpidity of their desires, had to genuflect and weep, that they would not dishonor her, to the point of promising to please them in other ways than when no one noticed. And perhaps that young woman would have been raped, if some of the group, older than years, had not been moved and had not revealed the risks of so much lust "

A scene worthy of a movie! How many others preserves the feast of the Saints Medici so loved by the people of Alberobello and guests of the city of trulli. 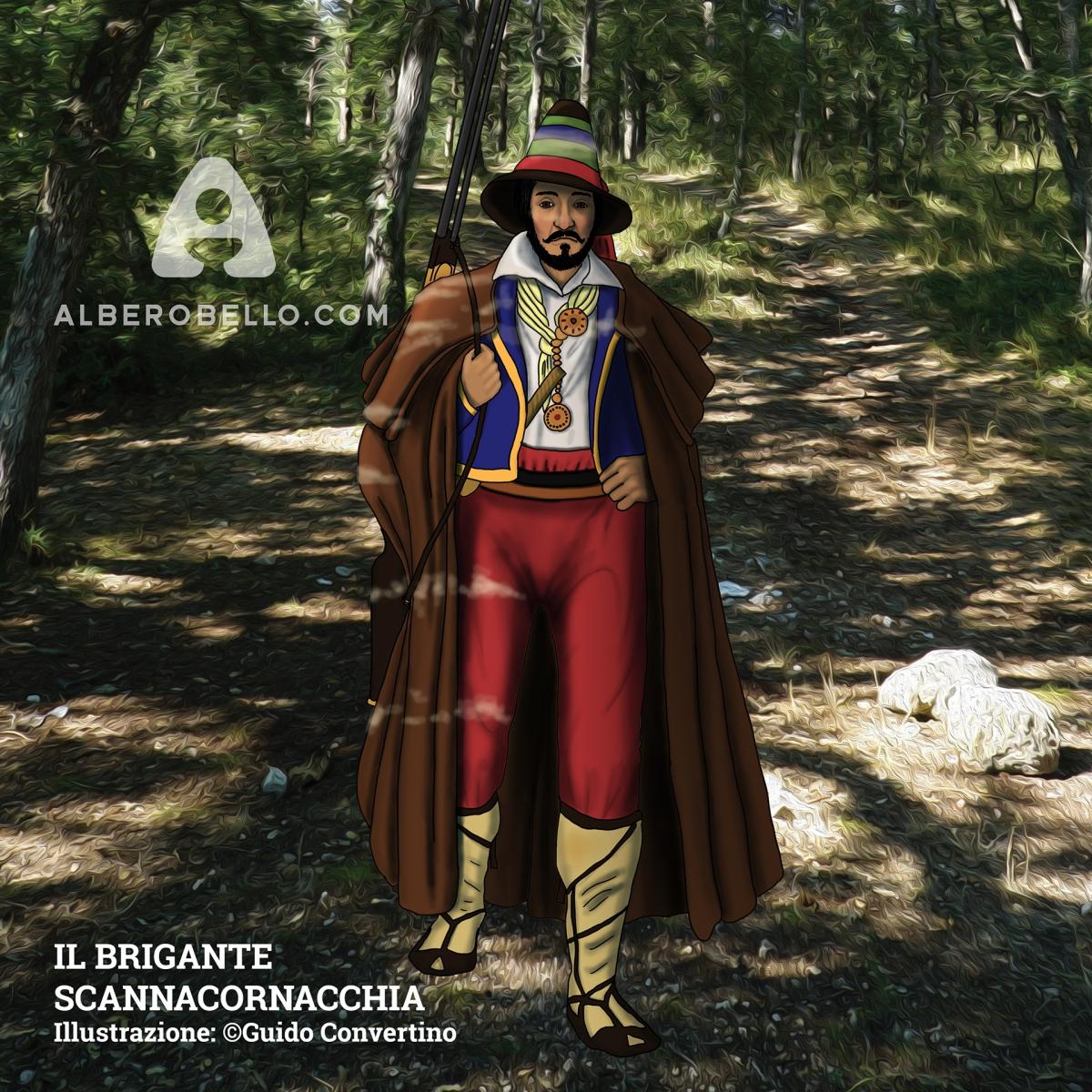 To find out more about the patronal feast of Alberobello: https://www.alberobello.com/it/culture-and-tradizioni/festa-patronale-santi-medici-cosma-e-damiano