What to see in Alberobello in one day

If you are planning a visit to the trulli of Alberobello, here is a small guide for you. It will help you on how to visit the city and what to see in Alberobello in one day, with the possibility of visiting the Trulli both internally and externally.

Although the whole city is scattered with trulli, there are five specific places, declared World Heritage Site by UNESCO:

If you want to learn more about the history and evolution of the trulli of Alberobello, certainly the best way is to rely on a guided tour of Alberobello, which can be booked here .

Stage 1 - Visit the trulli of Alberobello

To begin your exploration of the city of trulli, we recommend starting from the northern part. Here you will find a real hidden neighborhood of trulli, in the midst of which stands the first of the buildings declared a World Heritage Site, the so-called Trullo Sovrano. It is the only two-story trullo in the city, today used as a House-Museum and furnished with the original furniture from the early twentieth century (Admission € 2.00, Reduced € 1.50). A great place to see how the trulli are from the inside.

Continuing south, a short distance away, you will find the Basilica of Santi Medici Cosma e Damiano and, crossing Corso Vittorio Emanuele II, you will reach Largo Martellotta. A road that borders the so-called Rione Monti, the most characteristic district of Alberobello and with the highest concentration of trulli. The district is so-called because each street here takes the name of one of the mountains where Italy fought during the First World War. 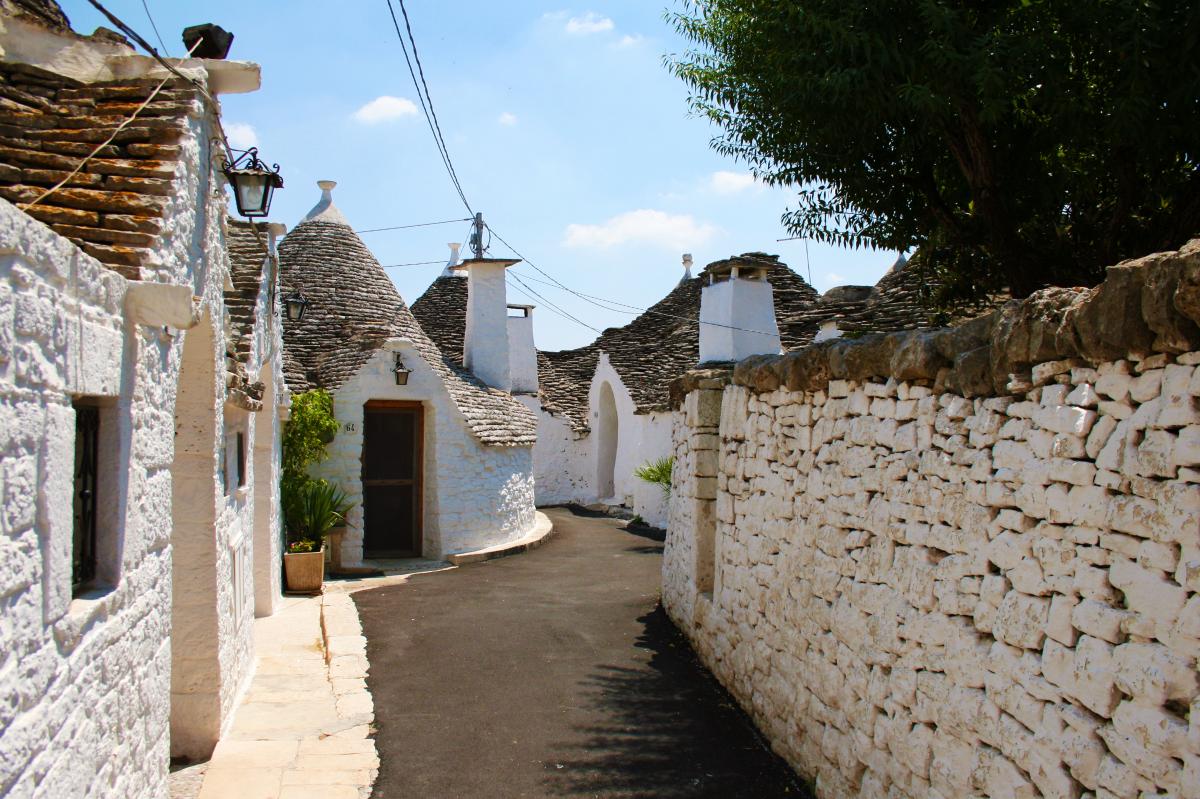 Stage 2 - Shopping among the souvenir shops

Most of the commercial activities for tourists in the city are concentrated in this district, where you can stroll and shop among the various souvenir shops and local craft shops. Major craft activities include local materials such as stone, wood, and leather, with some artisans working on their creations before your eyes. If you want to visit the trulli inside, this is the place where many traders invite you to do so. When you reach the top of the hill along Via Monte San Michele and Via Monte Pertica, you will reach the picturesque trulli church of Sant'Antonio. 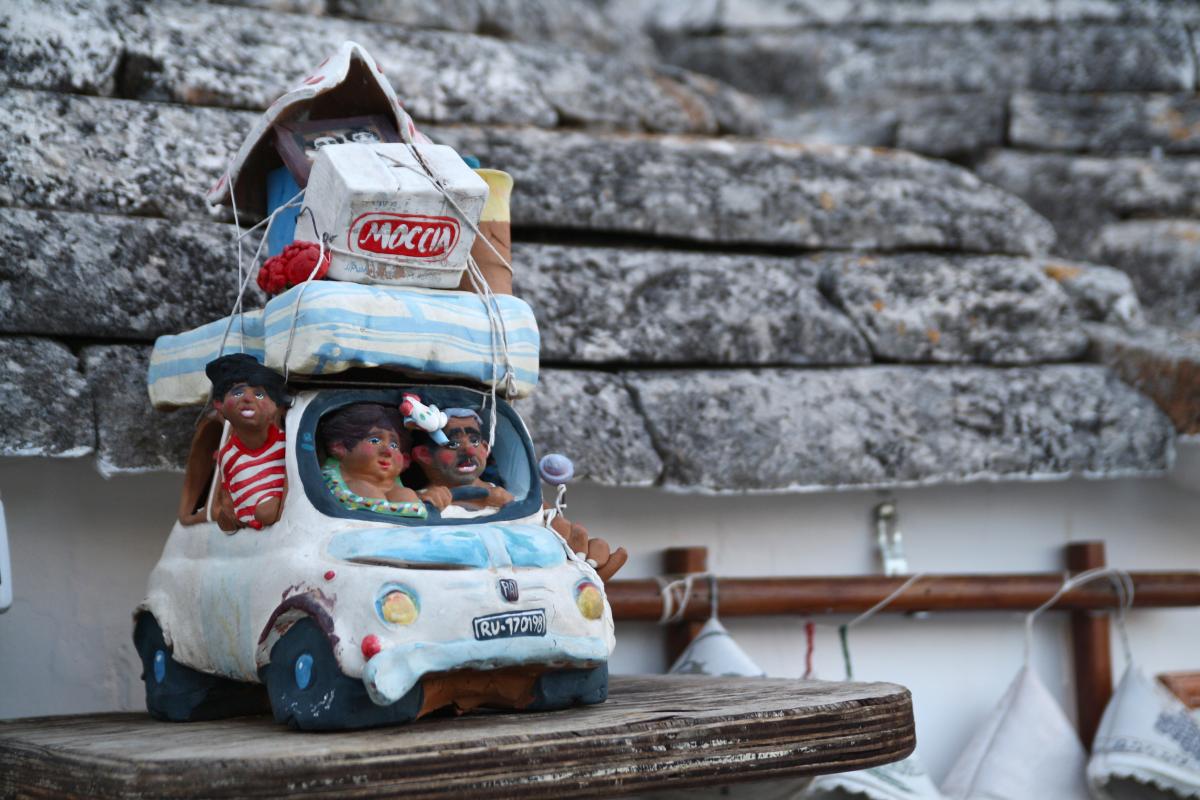 A quiet walk in the village will take your morning. If at lunchtime you want to refresh yourself with the typical delicacies of Alberobello, you just have to choose. To get an idea of ​​the vast culinary repertoire to savor, we can only refer to the dedicated section, here you will find an exhaustive list of all the local gastronomy , from the table and take away. 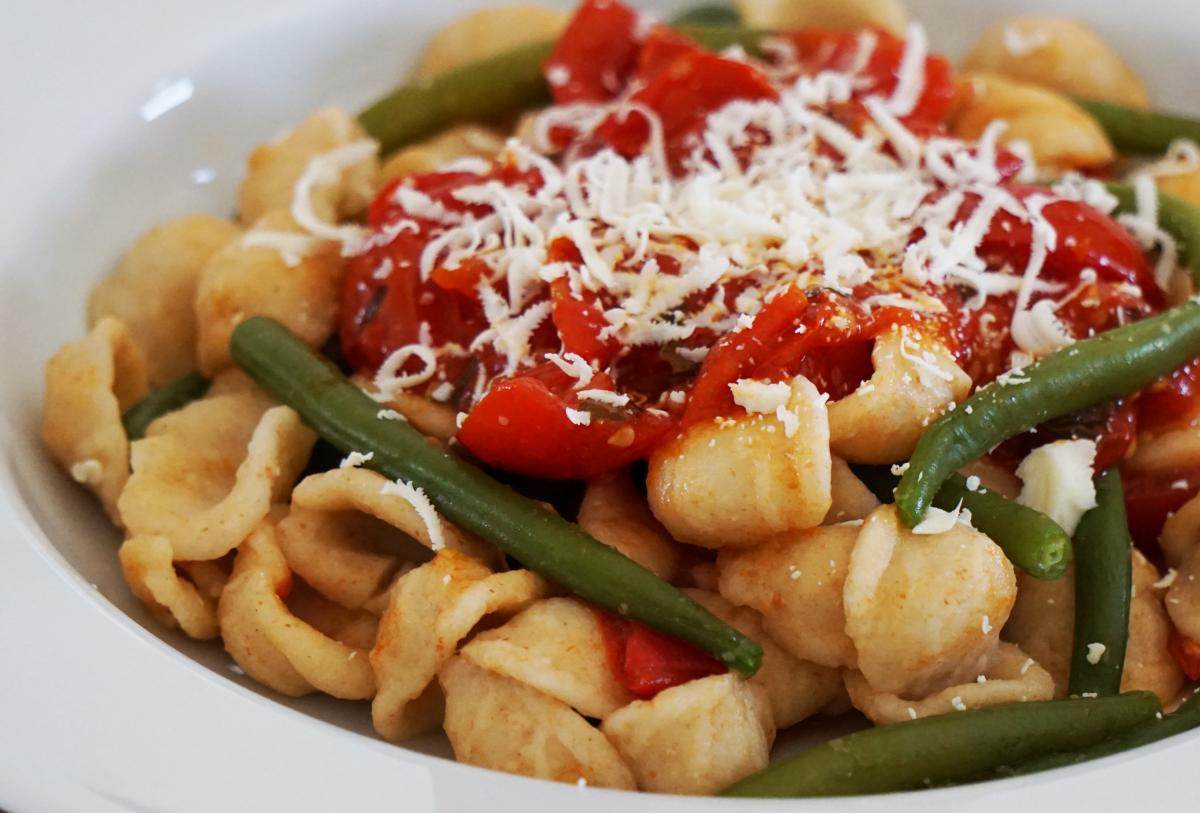 After lunch, you can visit, not far from Rione Monti, the Rione Aia Piccola, a smaller district, entirely made up of trulli, where the slow and quiet life of the past is still possible. Reaching Piazza 27 Maggio, end your city tour in the excellent Museum of the territory, to discover the history and transformation of the Murgese landscape. The neighborhood takes its name from this square, where in ancient times there was a threshing floor for the collection of tithes destined for the feudal lord. Overlooking Piazza XXVII Maggio, not far from the Museum of the Territory, the ancient warehouse of the tithes is still visible, a "cummerse" building now used as commercial premises. 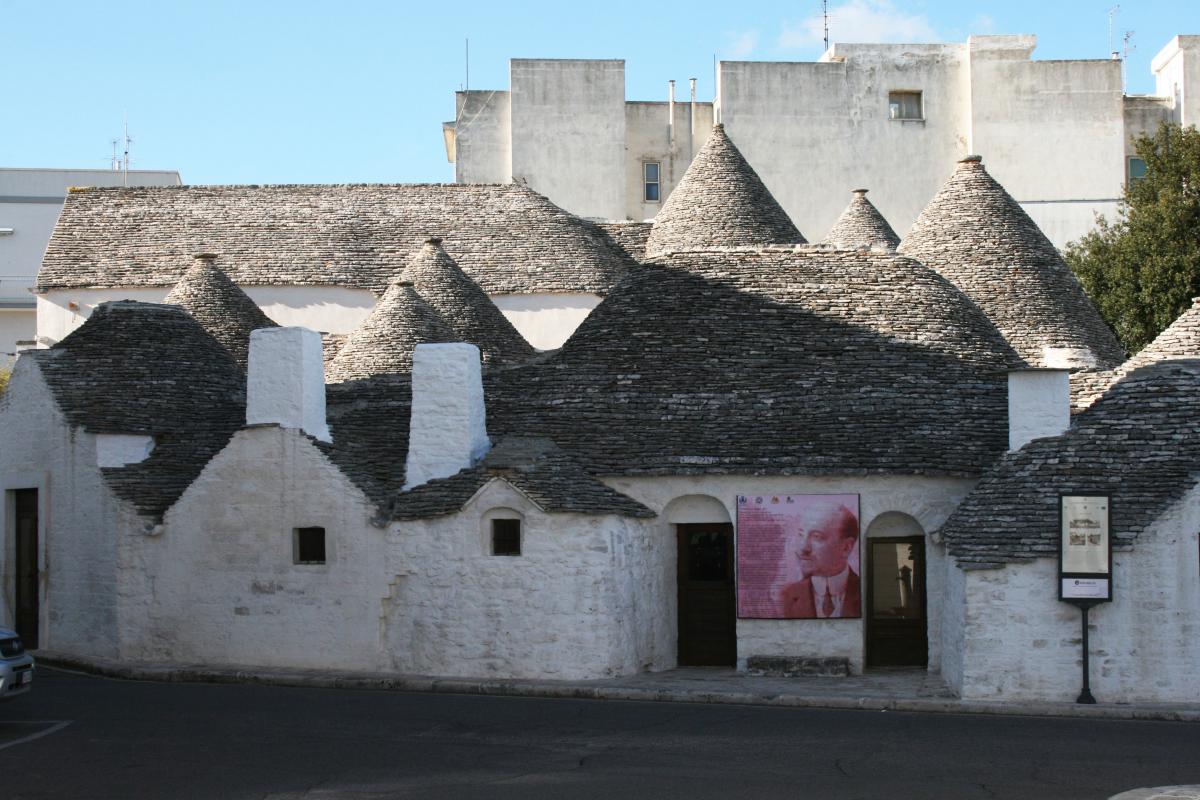 If you want to continue your exploration of the trulli, you could go in search of those still intact and original trulli scattered in the countryside. Maybe by renting a bicycle, you can go to the discovery of the territory which, heavily inhabited until fifty years ago, today still shows the traces of that peasant civilization. And here you can find the most ancient and original architectural elements of the trulli: platform fireplaces, alcoves, recesses for raised beds, solid wood doors with double doors, remnants of a bygone era, and will not fail to give a romantic note to your walk.

Heading to the southern part of the Alberobello area, you will reach a natural oasis which is the green lung of Alberobello, the Bosco Selva city park. Extended for about 40 hectares, is equipped with a small children's area, benches and tables for picnics, and extended paths equipped for your walks in the open air. Bosco Selva is part of one of the two sites of community importance in Alberobello, with numerous specimens of protected flora in the area and represents an oasis of peace and tranquility where you can spend an afternoon relaxing. 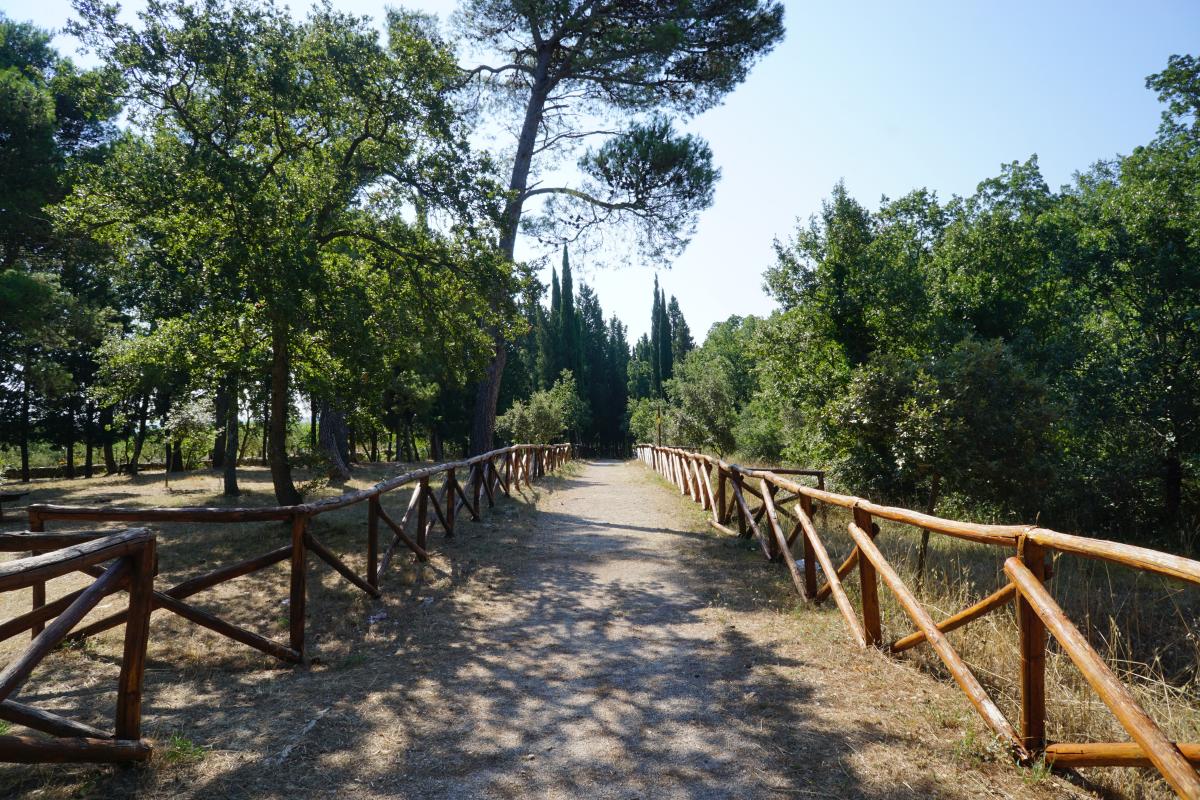 Back in the city center, the various places in Largo Martellotta offer the perfect setting for a suggestive dinner. The artistic lighting on the cones of the trulli are turned on at dusk, and will certainly entice you to a romantic walk among the trulli. 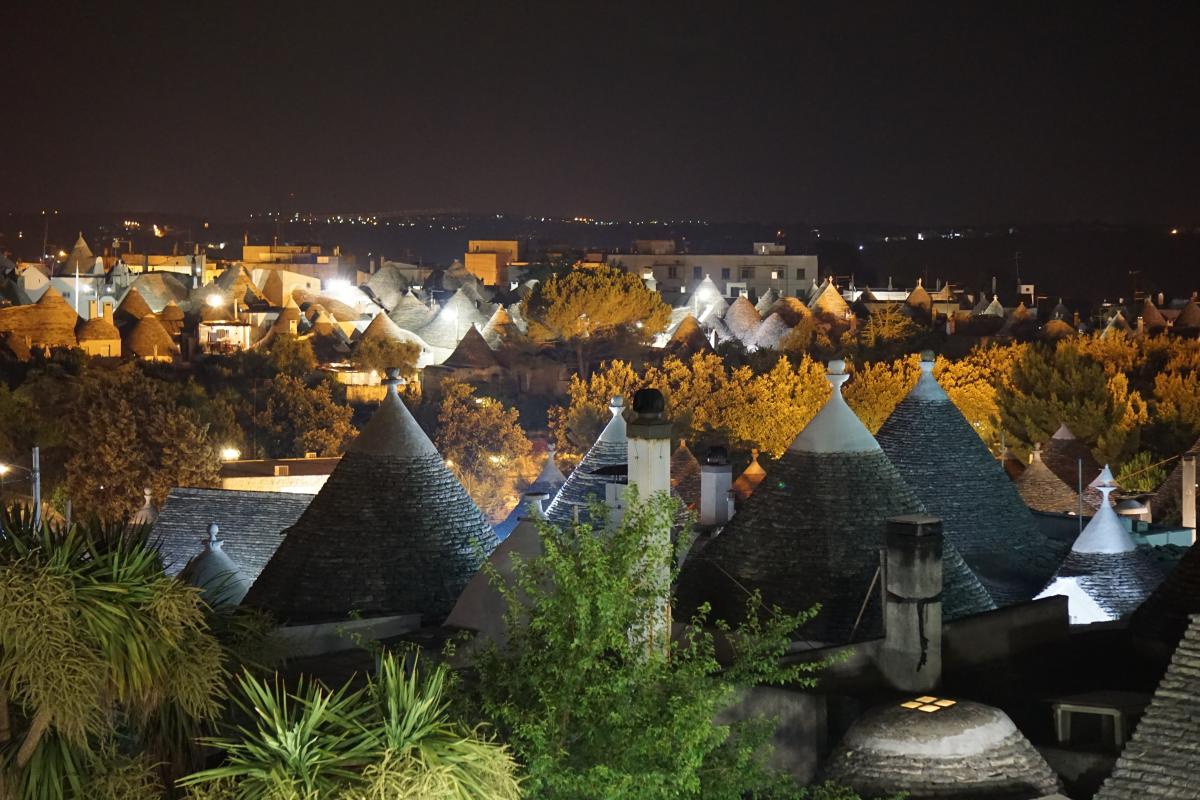