Alberobello, the town in Southern Italy that inspired a Disney cartoon

It all started with an illustrated book, an idea of ​​two sisters from Lecce, Maria Elena and Fiorella Congedo who, through the family publishing house, brought to light the first adventures of little trulli children. The stories take place in the magical world of Trulliland, a village with curious-looking houses in the shade of a centuries-old olive grove.

It is not easy for a local project to become an international success. The creators managed to bring their idea to be realized by The Walt Disney Company EMEA. The production of the series lasted about 3 years and was supported by foreign partners: Fandango TV, Congedo CulturArte, Gaumont Animation, Rai Fiction, and others. 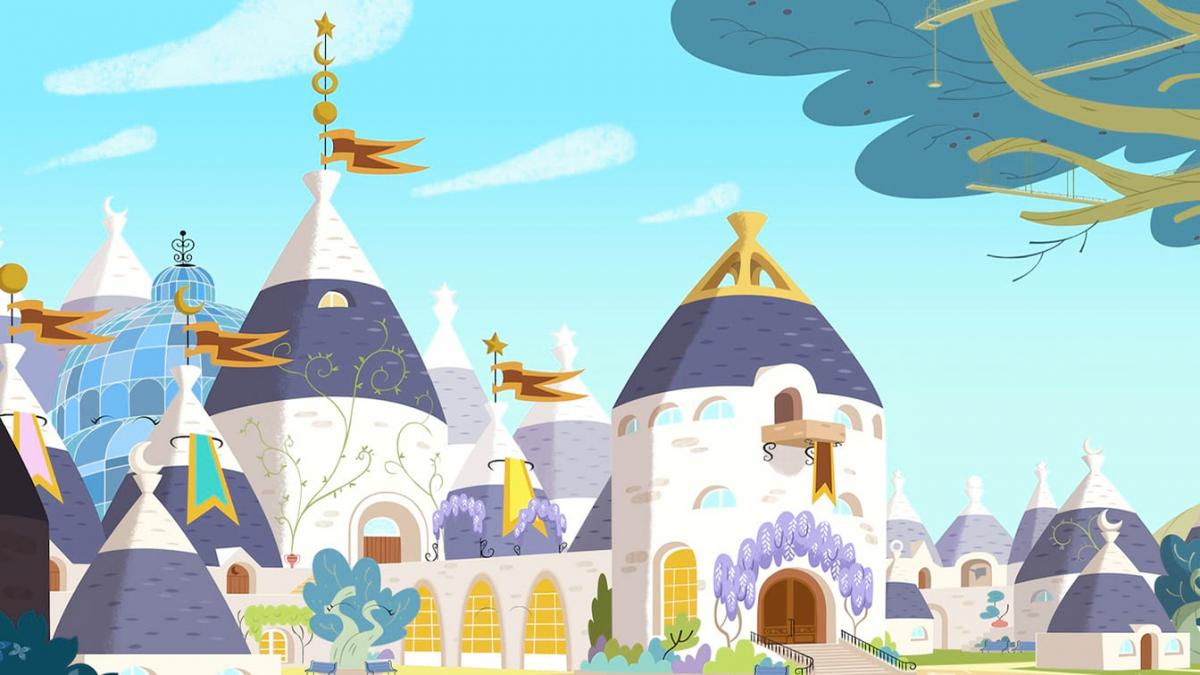 The Village of Trullolandia is a clear reference to Alberobello, in Puglia

Today “Trulli Tales” is a very successful animated series, with 52 episodes translated into 25 languages. The series premiered on Gloobinho, Brazil in October 2017. It was later broadcast on Disney Junior and Rai Yoyo in Italy. With licenses sold in 177 territories around the world, Trullaleri's adventures have followed children in France, England, South Africa, Singapore, and in 2019, the United States.

In the world of “Trulli Tales” the four protagonists, the little Trullaleri, Ring, Zip, Stella, and Sun, learn various recipes from an ancient magical cookbook brought to life by Nonnatrulla. Therefore, food is also the protagonist, preferring those from the Mediterranean diet: vegetables, fruit, and legumes. But of course, there are also international dishes, such as burgers or muffins, with a nice hint not to overdo it. Of course, in Trulliland the magic begins with a drop of Apulian olive oil. Miss Frisella is the owner of the Trulliland bakery that holds the precious recipe book, so desired by the bad Copperpot with his owl Athenina. 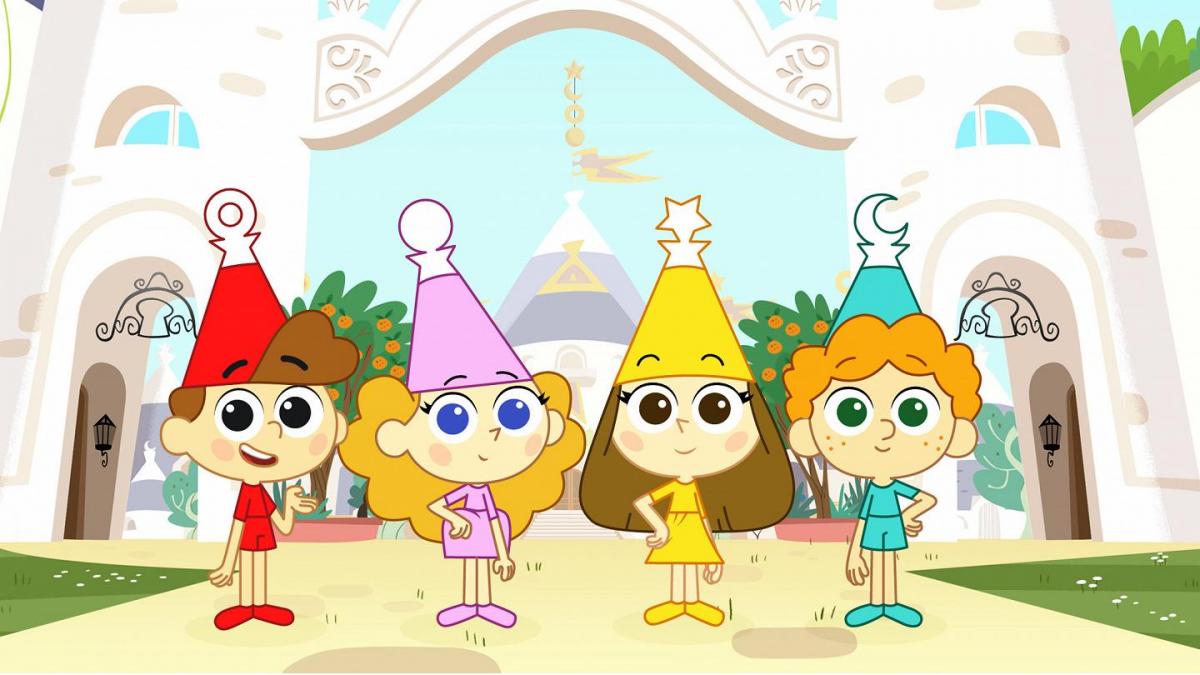 The four protagonists of the series: the wizards Ring, Zip, Stella and Sun

Not everyone will know, however, that the setting of "Trulli Tales" really exists and is a deliberate reference to the land of origin of the two sisters who created the characters. In fact, the town of Alberobello is famous for its Trulli, the houses with the cone roof, a UNESCO World Heritage Site, and the setting of the charming village of Trulliland.

Trullo Sovrano, the good King of Trullilandia, is actually one of the most visited monuments in Alberobello

The national press presentation of "Trulli Tales" took place in Alberobello, the capital of the Trulli. Quoting Maria Elena Congedo: "It will be wonderful when the children discover that Trulliland really exists and is located in Puglia, a land of which we want to export the essence, beauty, and its simplicity". 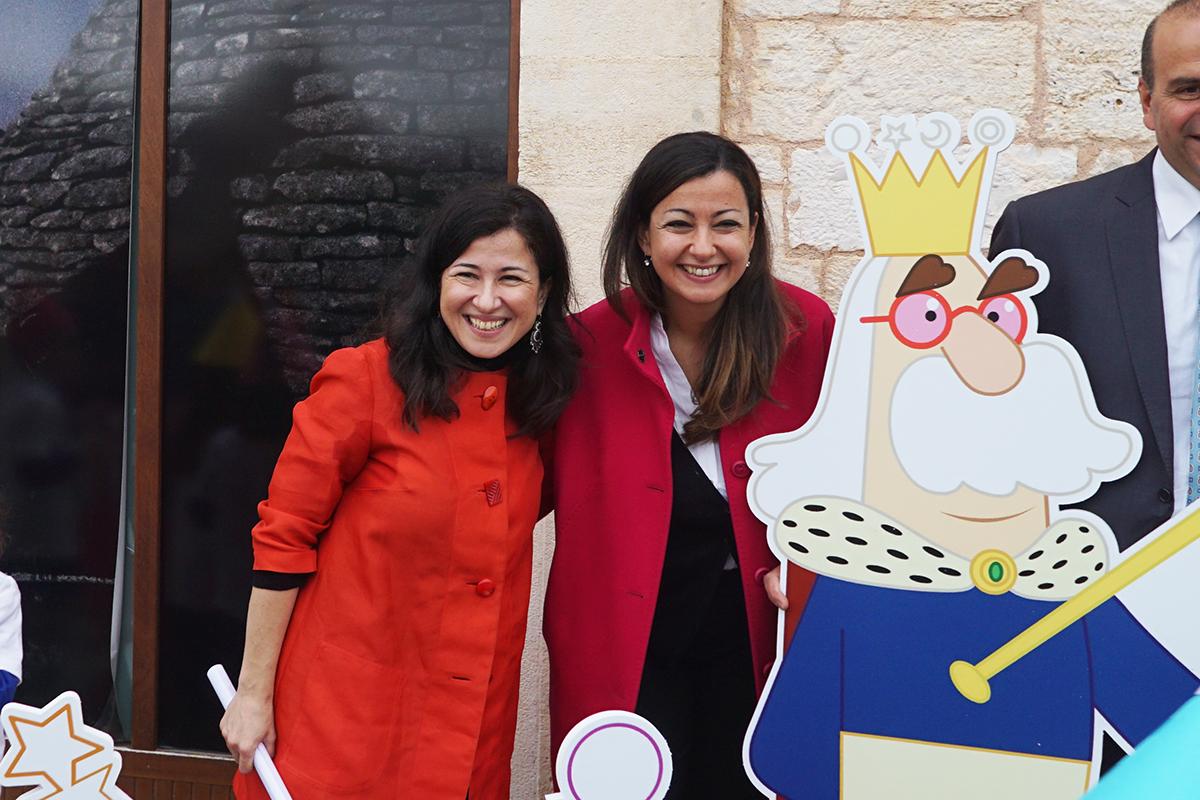 The creators of Trulli Tales, Maria Elena and Fiorella Congedo, at the national presentation of the cartoon

The cartoon traces the landscape of the Apulian city, made up of Trulli and centuries-old olive trees, the love for good food, and family ties. "One of the greatest challenges, but also achievements, was making the typical Apulian values ​​universal for children-spectators from all over the world, including the importance of grandparents and the culture of cooking, which is part of the Mediterranean DNA."

... "We hope that the children understand that cooking is beautiful - continues Congedo - and that they do it with their family just as it has happened to us here in Puglia where cooking also means taking care of the other".

What to add? All that remains is to immerse yourself live in Alberobello, the most Disney royal place there is.